You jolt awake as the bus hits a particularly nasty bump. You feel like you’d only just managed to start drifting off, and now here you are, awake again and still exhausted.

For a moment, you’re hazy on the details of where exactly 'here' is, confusing this bus with the many others that came before it. But as your mind continues to reassert its existence in the waking world, the past few days come back into focus. The long-lost cousin, the bad news, the twenty-six hours of bus rides with countless late-night stops in seedy depots that felt unsafe even in the middle of the day. You wouldn’t normally find yourself traveling like this, but your cousin bought the tickets. The funeral of her mother, your aunt, seemed like something you shouldn't ignore, even considering your own late mother’s rocky relationship with this side of the family.

Fortunately, the end of your long journey is in sight. You're almost in Scarlet Hollow.

Scarlet Hollow is a horror visual novel where your choices deeply matter. Hand-drawn backgrounds and sprites work together with a complex relationship system to bring to life an immersive world of charming (and terrifying) characters. Who lives, who dies, and the fate of an entire town rests on your shoulders.

I hope you don't mind that I made a first impressions video. Beautiful Work!

thanks for resolving that crash, i finished the first chapter tonight! that was just the right amount of creepy and felt really tight all the way through.

one thing i noticed was i never really used any of my trait options, just because both of the traits i chose (spiritual and street smart) were more action-y traits- but all of the gameplay in this chapter was highly social. like whenever one of the choices was trait-specific it felt like very antisocial behavior so i never used it, but since this was kind of a passive episode i never got to do anything cool with the active side of my traits, if that makes sense. i'm sure once the plot gets more involved those traits will become more useful, but for now it always felt like i was waiting to use them.

all the art and music for this is excellent, obviously. and the writing and character design all felt really cohesive and on-theme. i'm curious to see how you do sequels for such a variable game, like do you plan on always resolving to similar plot states or are you gonna try to integrate systems that are able to see your old save files and maintain continuity between episodes? i'm excited to see where this series is going~

This is soooo good. I can't wait for the rest.

Awesome game. Looking forward to seeing more.  I love the story and music, and the character customization is a nice touch and gives you a reason to replay  it several times.

This is the both the most technically accomplished Ren'Py VN, and the best horror (both in the Lovecraftian and 'general' horror sense) OELVN I have ever read.

There are first episodes of multi-million-dollar TV-produced horror series (most I'd say). That don't get you as interested in a setting and story as this VN sample does.

The video at the end, besides its great 3D effects, made me feel like Scarlet Hollow is not just a setting, or one story, but is going to be either a succession of stories, or a several narratives told simultaneously.

The setting is very well accomplished, this makes a good addition to 'Lovecraftian Country' and feels like what he or one of his authors friends might have created had they been born and lived in a later time.

The sheer amount of graphical assets used is insane, and some are used only for scenes that last about one second. It's superior to many Japanese VN produced by professional studios that take up multiple gigabytes of space on your hard drive.

The only 'flaw' I have to point out, which really isn't because it's a matter of personal preference, is the dissolves between changing character sprites being automatic. Personally I like sprite changes to take about 0.5 seconds (unless the situation deems it otherwise) like I used in my amateur VN. I find instant changes in pose to be a bit 'weird'. But this seems to be the staple of VNs made using the Ren'Py engine so it can hardly be considered criticism.

As someone who is trying to be the amateur one-person-team creator of an episodic, modern, Lovecraftian-inspired, Ren'Py VN I found this work *very* inspiring, even if the setting and theme are completely different.

This really is a breath of fresh air from the overwhelming number of BxB,BxG,GxG, etc, Ren'Py VNs you get when you check the 'completed games' thread at the Lemma Forums.

This game is a Dimond in the dust! It's an absolute treasure!! I love how comedic, weird, and overall awesome vibe this game has. It's amazing the work that was put into this, and i can't wait to play more of it!

I have no idea how I'm going to make it through the wait between episodes, but Jesus please us, this game is  P E R F E C T.  The art!  The writing!  The music!  The animation!  The Gretchen!!  Thank you especially for including

--like 2:50 in the morning, and I might be too excited to sleep.  Gonna back the Kickstarter in AM.  Thank you so much, Abby & team!

I just downloaded it and already played it today. The graphics are incredible, including the story and plot. I cannot wait to play episode two when it comes out/ I especially loved the animation at the end! Please keep up the hard work, and stay safe!

I cannot express how much I loved episode one. I cannot wait to explore more of the town including each interaction.

What an incredible start!

It says error everytime I try to dowload it :d

I'm sorry to hear you're having some trouble. Is your error on itch's end? It might be worth reaching out to their support. If they're not able to help you, let me know and I can send you private download link, or you could also pick it up for free on Steam :) https://store.steampowered.com/app/1406040/Scarlet_Hollow/

Thank you. I ended up getting it on steam, I'm looking forward to playing it ^-^

Hi, what a nice game! It is like playing a book, it took me 1.5 hours to finish episode 1. The story is super well written and reminds me of old school text adventures, very atmospheric. The music is amazing to listen too and the artwork is brillant. I want to see how this story will unfold, I'am not that much curious about the  but more about the people and secrets of the small town. I would love the background to be more "active" like with tiny animations, not just when you click on something. Else great work, no bugs, no issues !

One of the stretch goals for our Kickstarter will be animation related, both for more in-game cutscenes and more animated backgrounds :)

I'm glad you had a good time!

Okay, didn't expect it to be that good. I'm loving it, feel that cryptic vibe at the start of the game and it seems I was right. Some suggestions for improvement, I think the sounds effect can be improved to make the horror/creepy/nasty scene more horrifying. I suggest playing/watching/reading this other visual novel, The Lost Delinquent of Rolling High, because the dev played so well on the character expression and the sound to make horror scene really terrifying. But of course, it's just my suggestion, there's no need to impose.

Oh by the way, you two should probably tag your Twitter in the Itch Io account! At first I thought you two didn't have any, but a tweet that AlphaBetaGamer likes has you two accounts in it! Keep it up!

Okay I've reached the scary part and it is indeed creepy. Love the sounds of the Ditchling a lot.

Hello! I caught this crash and just wanted to report it:

It happened while we were talking to Tabitha in the foyer at the beginning of the game.

Thank you! We just fixed this and will release a hotfix tomorrow. Until then, if you hit "ignore" you should be able to progress with this save without any issues :)

Glad to help, me and my girlfriend are playing this by candlelight and loving it!!

Episode 1 was a great experience. The characters were enjoyable, music was great, and the art style was cool!  I think episode 1 did a great job giving you enough to want more, especially with the options to explore with the dialogue options! Great job! Hope to see more!

well this is delightful so far, excited to have a seasonal game! it did just crash and apparently does not auto save so that's a bummer but i wasn't very far in

oh no! the exact same crash happened! it was a weird half-crash that didn't crash the app but just put me back on the main menu

i'm running on mac and it happens when you talk to stella in town  and say you're worried about your cousin. it goes through the whole dialogue but crashes before a new option prompt appears

Hey! Sorry you're running into some issues! Do you have a bug report or does it just crash to your desktop? What version of Mac OS are you running? The game does autosave, by the way! They're kept under the "A" tab in the saved games menu.

it actually just quits out to the main menu, no crash report. i'm running catalina 10.15.6

i have a save right before the crash happens, you just have to choose the 'worry' option. i can probably extract the save file if that's helpful but i'm not sure where to find it

Fixed it! We'll put out a patch soon. 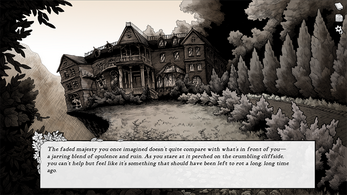 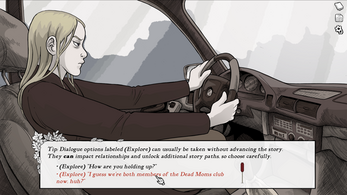 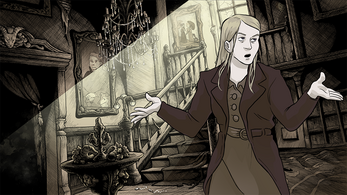 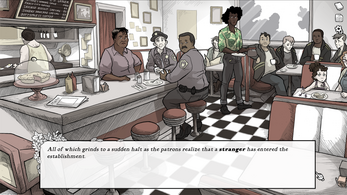 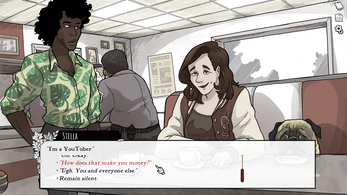 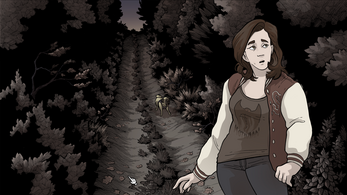 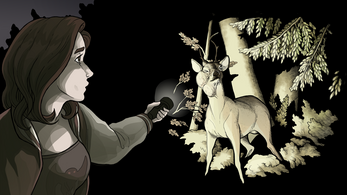