A downloadable game for Windows, macOS, and Linux

Warning: this game contains flashing images. If this poses a health risk to you, please proceed with caution.

The first four episodes are out now — a single playthrough of all 4 takes about 8 hours, though over half of our players play through at least twice.

Buying a key on this page will get you access to all of the remaining episodes as they release, in the form of free updates.
~~~~~~~~~~~~~~~~~~~~~~~~~~~~~
Abandoned mines sealed off after a deadly collapse, strange creatures preying on livestock, houses infested with vengeful spirits— the sleepy town of Scarlet Hollow has suddenly come alive with horrors, just in time for your arrival.

This was supposed to be a quiet getaway in the rural mountains of North Carolina where you’d finally meet your cousin and comfort her through the funeral. But instead, each new day welcomes new nightmares. You only have to survive a week. But you may not make it to the end in one piece. 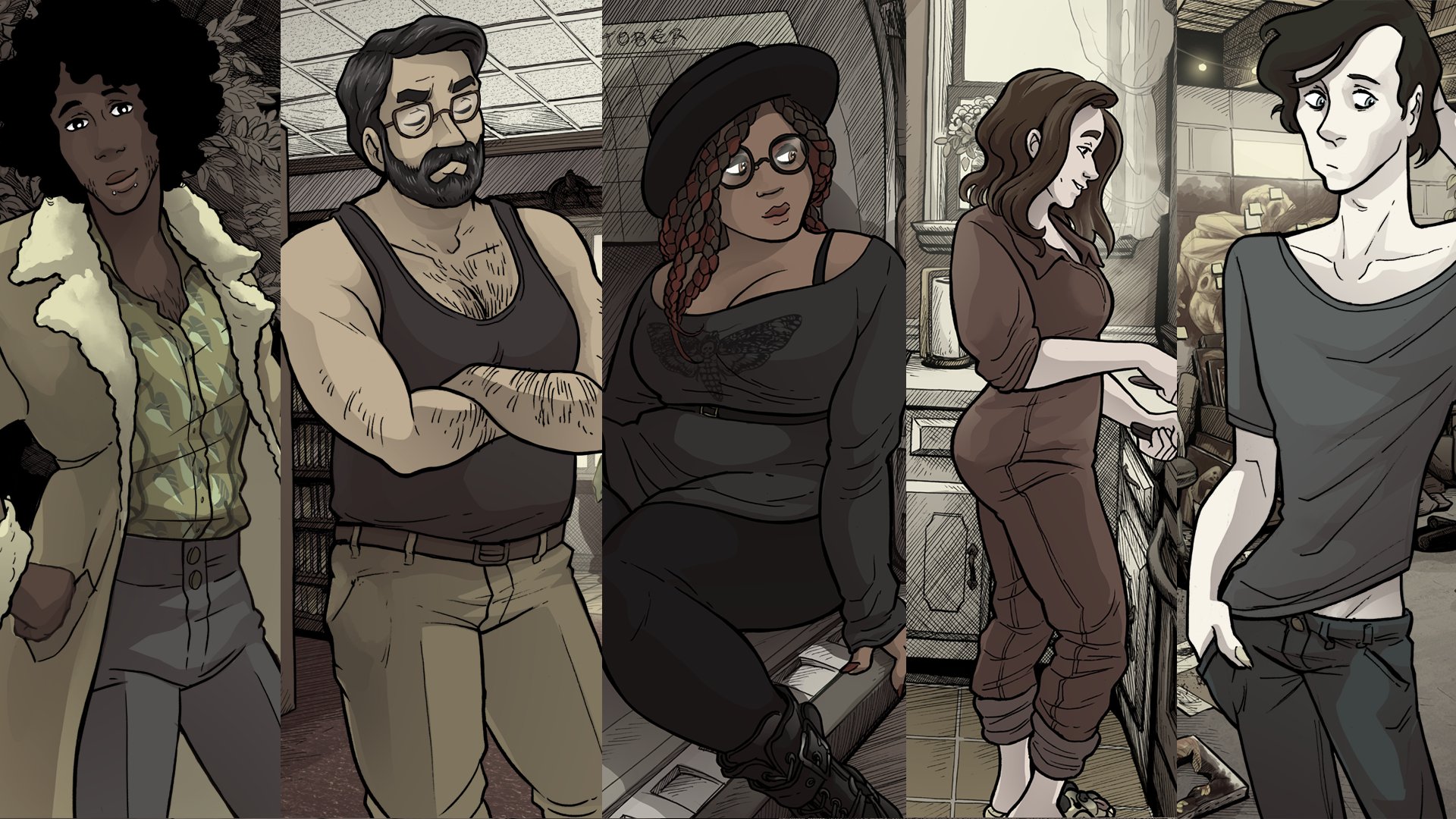 Scarlet Hollow is a horror game and is not intended for all audiences. If you require a detailed list of specific content warnings, you can find one on our website.

In order to download this game you must purchase it at or above the minimum price of $24.99 USD. You will get access to the following files:

This game has been awesome and really fun to play through so far, I can't wait until Chapter 5 comes out. I just finished streaming Chapter 4 on YouTube and am excited to see where my choices lead to eventually before playing through again. I chose Keen and Powerful Build, but next playthrough I'm really curious about talking with animals. Thank you for making such an awesome game!

Awesome characterization and great writing generally. I love being a Hot idiot with Powerful Build. Thank you Abby Howard!!!

If you like games and media like their comps (Life is Strange, Gravity Falls), you’ll probably love Scarlet Hollow. Great characters and a diverse array of people, genre appropriate but still surprising narrative beats, and genuinely different experiences for multiple playthroughs make this my favorite visual novel of the past few years.

Played through the whole thing (so far!) once and was impressed by the gripping story and heartfelt characters, embedded in a deeply unnerving world.

Played through a second time and was awestruck by the nuanced ways characters reacted differently to even very subtle differences in my behaviour and build.

If it continues like this, this game will be a masterpiece.

This game creates a small world inside a little mining town in Appalachia.

It considers not only what actions you take but what actions you don't take, and the story will continue without you if you, maybe quite wisely, choose to have your Character try and sit out events as they unfold.

The characters think about if you are kind or cold and respond accordingly and so you make choices without a dialogue box just by deciding what sort of impression to make on the people of the town.  Options are carefully chosen and thoughtfully worded, so you won't run into many TTG "Glass Him" sort of options but instead will have to consider how your choices will impact beyond the immediate.   As of episode 4 the horror is almost entirely the sense of something dreadful, or the knowledge of something secret and awful. So if you're looking for jumpscares, you'll be hard pressed to find them here.

I can't wait until all the episodes are out. An incredible experience

The best video game visual novel on itchio and steam. Worth the money, worth the wait, worth the emotional pain. I love this game

I keep forgetting itch.io even has a space for reviews or comments, anyway I love this game and I love Dustin god bless you lil buddy

Wow, just wow. This game and its details is just amazing. Iam looking forward to the next episode and I hope there will be a second season too! This is really the only visual novel game that caught my eye. Hope the next episode will be here soon and will be twice as long as the previous one.

Curious thought, but would it be possible to have the game on mobile?

we'll look into it once episode 7 is done, but file size is going to make that tricky without setting up an in-app installer/downloader (which I don't know how to do... yet!)

Genuinely one of the best games on itch. Couldn't recommend this enough <3

Whatever I was expecting, it was certainly not that. I feel like a lot of things are going topsy turvy now, and I'm loving every. freaking. second of it. You guys are amazing and I am eagerly looking forward to what you all show us whenever Episode 5 is released. Hope you both have a very happy holiday and be well. <3

Circling back to this game is always a delight. Love the replay as each "skill" gives different dialogue options. So excited to see the next episode. :)

Just bought your game from Steam (a tiny support from me). I really like your hand drawn background! Some people/characters are quite intriguing and listening to the animals is fun. Hopefully this will leave early access soon. Best wish for your continuous/future success.

PS: Ep.3 almost gave me heart attack at 1am.

This was just, insanely good. I'm really excited for the rest of the episodes

Episode 3 was so delightfully surprising!

I'm very hyped up by the development in Episode 3! I usually don't play alternate choices when I finish an episode because I enjoy the mystery of only knowing what happens in one route but I simply had to try out some other options. (And also because I wanted to see if I could change the fate of one character :') ) Now I have to erase what I know from the second branch when making decisions in Episode 4.

I'm really impressed by the game's structure and the dedication of the developers to make many of the choices matter. Not a lot of games can deliver that as it is a long process.

The themes of the game are also very interesting and important. Sexuality, gender identity, individual and generational trauma as well as privilege to name but a few. Anyone playing should be able to identify with a part of the game.

Many thanks for such a gem, I will definitely support any other games that come after

episode 3 is absolutely horrifying! thanks, i hate it!

(but it's amazing, i love it & this is everything i wished for with this game. a lot of titles that eke into the genre are afraid of going too far i think? how deeply unsettling the game is is amazing, the visual style of some of the scenes (looking at u library house) is perfect, and i'm excited to see how the plot develops!)

(also i would die for dustin)

Hi! If you don't grab the flashlight Duke can't get a good shot in before the Ditchling jumps on him. The choice is between him or Gretchen. (Or both if you have a certain trait)

Okay thank you so much!

Not sure if I was the only one to experience this but I was unable to open this game on a mac. I had to physically go through the package contents, create an autorun file and rearrange other files in order to make it work. Just thought of giving you a heads up!

Generally right clicking the .app file and forcing it open is enough. Mac os tends to have issues trusting games downloaded on itch :(

I bought this game on itch, is there any plans for a steam key to be included (for the achievements)

Just bought this two nights ago. My god, this was such a phenomenal experience. I just loved everything about it, the art style, the music and sound, the writing, everything. It pulled me in within the first 5 minutes and didn't let go till I was at the end of Episode 2. I can't wait for the rest of the episodes and to dig deeper into this wonderful horror story!

Reply
Will It Work1 year ago

Not super in love with downloading and saving across multiple executables. I’d prefer one big download.

That said, I’m totally into the art and concept!

Episode 1 is a separate executable because it's a free demo.

Reply
Will It Work1 year ago

Cool, so Ep 3 will increment this?

Just played the 2nd episode I'm so into this... can't wait for the next ep!

There are a lot of amazing recent horror narrative games like Tiny Bunny, Sally Face, and My Beautiful Paper Smile to name a few, Scarlet Hollow fits nicely in the group of stellar horror narratives.

Incredible game! I had such a great time with episode 2 and these updates can't come soon enough.

I already bought mine in itch io. Is it possible to get steam key for this game as well?

Delightfully creepy! I can't wait for the next parts! Love the characters and how the story is coming together. I'm going to have to play this again with different traits.

Just a heads up there is a broken image of Kaneeka towards the middle of the game. Trying to avoid spoiler in a public comment it's around the time you meet the teens.

Yay! So glad you had fun!

Can you post a screenshot or more details in the bugs channel of our discord? Or email to tony@blacktabbygames.com

Hello! In the description you mention that we can "buy a key on this page," unfortunately I don't see that option in the browser version, and if I use the itchio app, it has a purchase now option, but it takes you to a broken link saying the page cannot be found! Not sure if it's a bug or what have you, but I definitely would like to buy the pass when it is available!

Hey there! Sorry for the confusion. You'll be able to buy a key on this page once the build with Episode 2 goes live on June 11th! If you'd like to pre-purchase now, you can do so through our BackerKit page.

I'm so looking forward to this!!!! 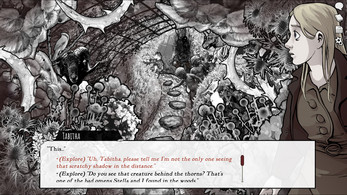 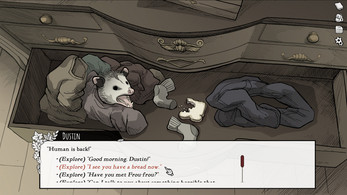 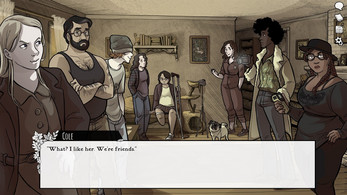 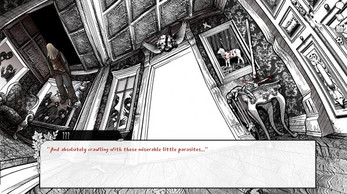 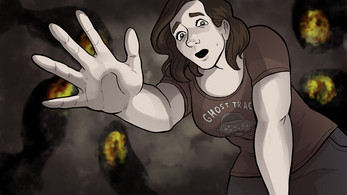 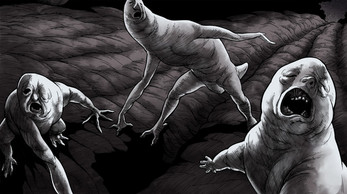 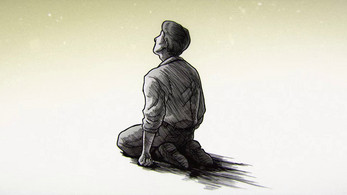